Who Will Be the Economic Powerhouse of the Future?

Home / Global Economy / Who Will Be the Economic Powerhouse of the Future? 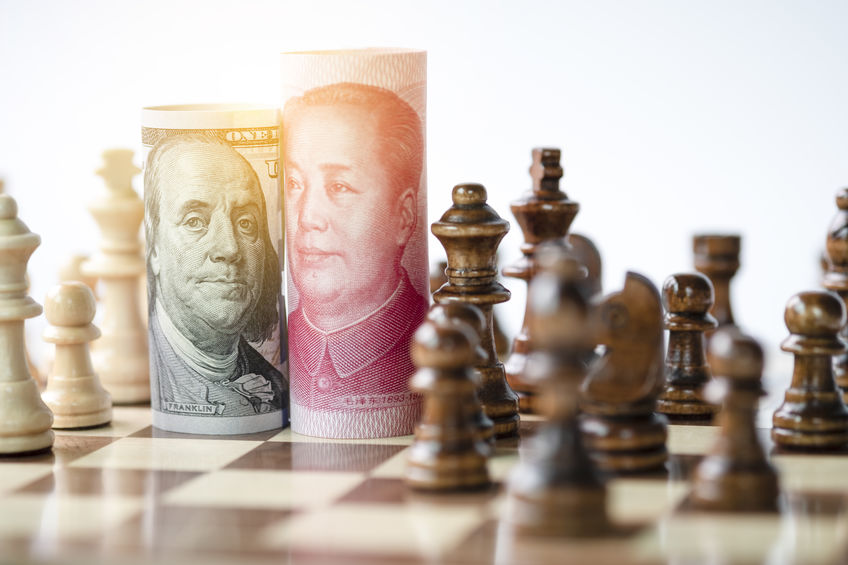 Who Will Be the Economic Powerhouse of the Future?

For many westerners, the idea that the United States will not continue as the leaders of the world economy is unthinkable. But recent reports from The Center for Economics and Business Research show that there will soon be a new sheriff in town. One major reason for this is the struggle with COVID-19 over the past 10 months. The economic fallout caused by the pandemic has led to forecasters predicting that China will overtake the economy of the United States 5 years earlier than previously expected.

China Will Surpass the United States Economy in 2028

The Center for Economics and Business Research recently reported that China will be the champions of the world economy sooner than originally predicted. Douglas McWilliams, the CEBR’s deputy chairman, said: “The big news in this forecast is the speed of growth of the Chinese economy. We expect it to become an upper-income economy during the current five-year plan period (2020-25). And we expect it to overtake the US a full five years earlier than we did a year ago.”

While the growth of the Chinese economy is full speed ahead and they are expected to overtake the US in 2028, the United States has hit a stumbling block with their response to the coronavirus outbreak. With business at a standstill through much of the spring, the backslide is obvious.

CNBC recently reported, “The COVID-19 pandemic and corresponding economic fallout have certainly tipped this rivalry in China’s favour.” Because China responded so immediately to the virus, both in containment measures and in building up the economy, they did not suffer the same fallout as the United States.

One recent significant change stems from the environmental movements across the globe. With the world at a standstill because of the pandemic, citizens realized their actions of not using fossil fuels had a noted positive impact on the environment. The coming years will see more countries moving to net carbon zero economies, and the CEBR maintains that because of weaker demand for fossil fuels, crude oil prices will fall significantly by 2035. This will have a significant impact on the economies of the world, especially those that rely heavily on fossil fuels.

Although the modern world has seemingly always seen the United States at the top of the economic pile, there have been challengers before. In the 1980s it was Japan that was supposed to overtake the United States, but they never quite got the gumption necessary to make the move. And with technology, the world of 2021 is a much smaller place that can grow and change more radically than in times past. It is simultaneously easier to see what other countries are doing and feel their impact, and more difficult to innovate or overtake someone by surprise.

So what happens in 2028 when China will take over the number one slot? With the United States at number two, according to CEBR, Japan would hold the bronze medal. Based on dollars, they will remain the world’s third-biggest economy, until the early 2030s.

By the 2030s India will overtake Japan, and Germany will be pushed from fourth to fifth. CEBR claims that the United Kingdom, who is currently fifth in the world, will be pushed to sixth place.

Some forecasters aren’t ready to wave the white flag on American’s economic status just yet. Citing the near miss of Japan taking over the economy in the 1980s, and new president Joe Biden and his team at the helm in a few short weeks, many forecasters think that America’s government of democracy and strong foothold of the previous centuries will keep them in the game.

Although the Chinese propaganda machine would have the world believe that the Beijing powerhouse handled the COVID-19 epidemic flawlessly, and that their strict government is better for the economy than America’s democratic one, things are not so simple.

Derek Scissors, from the American Enterprise Institute, says stocks, real estate, and other assets are the actual mark of success because these accumulate and appreciate in value. Because of this, he argues, “Americans remain significantly richer than the Chinese. In one estimate, U.S. household wealth was $106 trillion in mid-2019, Scissors noted in a recent report, compared with an estimated $64 trillion for China.” Although China may be a powerhouse, the citizens are not as wealthy as the citizens of the United States.

There are other indicators as well. No one in a time of crisis is rushing to put money into the Chinese stock market, but there is still faith in the United States equity markets during COVID-19. And although everyone makes such a big deal about China’s manufacturing prowess, the United States is not as far behind as China would have you believe. China produces about 28% of the world's manufactured goods, but the US is no slouch with 17%.

And when all is said and done, the game will probably be won in the hands of technology, with artificial intelligence (AI) playing a key role. Atlantic reports, “While China is excelling at putting artificial intelligence into commercial use, the U.S. is still better at developing the tools, theories, and chips that power AI and the computers to make it work.” Artificial intelligence is the wave of the future, and the freedom to think and create will boost technological experts in the United States. It is this entrepreneurial spirit and creativity of Americans, along with the freedom from their government to build whatever they want, that makes this possible.

With the uncertainty of the global economy caused by the COVID-19 pandemic, time will tell if the Center for Economics and Business Research is correct in their predictions about China overtaking the United States. The next few years will be volatile for the entire world as they get a handle on the virus and move forward, picking up the pieces of the economy as they go. With fossil fuels on their way out and Joe Biden on his way in, the economic game between China and the United States is just getting interesting.