The Pandora’s Box of the Pandemic Economy

Home / Business / The Pandora’s Box of the Pandemic Economy 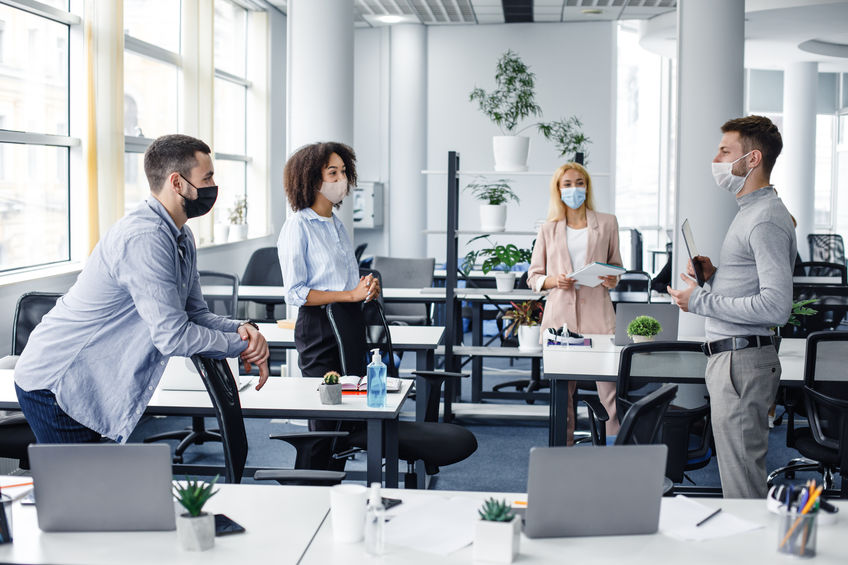 The Pandora’s Box of the Pandemic Economy

There is no question that a catastrophic global event such as the coronavirus pandemic affects the world economy. With people stuck in their homes during the spring lockdown, buying and selling ground to a virtual halt. Big businesses hid their cash, families stopped spending, the hotel and travel industry was decimated. Fear and worry gripped the nation, unemployment skyrocketed, people lost their homes and savings. The summer and early fall saw some recovery, because of stimulus packages and a dip in the virus. But late November finds the nation on a tightrope of a surging pandemic, a nerve-wracking economy, and a questionable future. The safety net of the vaccine is looming with positive reports, but there are still more questions than answers.

President-Elect Joe Biden is facing an unprecedented task as he prepares to step into office in a few short weeks. His aides have already read the research that the first and second quarters of 2021 will be difficult, and the unemployment rate may approach 10 percent next summer.

People across the nation have been forced to dip into savings, make heart-wrenching decisions about whether to pay medical bills or buy groceries, lost their homes, and filed for bankruptcy. Biden will inherit this shaky situation with nervous Americans who have already been in battle for 9 months since the virus surged across the nation in March. People are tired, running out of options, and overwhelmed.

The stimulus package worked, but these rescue programs are due to expire next month, and the Democrats and Republicans in Congress cannot agree on what to do next. Democrats want a bigger safety net, which the Republicans are not in favor of. Biden will have his hands full making peace in Congress in order to help the American people avoid a double dip recession.

The timing could not be worse. The worries about the stimulus package renewal come at the same time as the coronavirus is spreading as never seen before. With new restrictions in many states to curb the virus, consumers will again spend less, and more layoffs are possible.

Jerome Powell, The Federal Reserve chairman, said in a recent New York Times article, “We’ve got new cases at a record level, we’ve seen a number of states begin to reimpose limited activity restrictions, and people may lose confidence that it is safe to go out.”

With all the bad news of the virus and the economy, there is some hope. Many families and businesses have learned to live within the confines of the virus and found creative ways to keep their economic selves afloat. Pharmaceutical companies have also been churning out vaccine trials, which gives the nation the feeling that the virus might soon be contained.

Many people have taken advantage of the stimulus packages offered, and they really have helped turn bleak economic situations around. NPR recently reported the decline in poverty rate from 10.9 to 9.4 between January and June, crediting government help, namely the CARES Act, “which massively increased unemployment benefits and sent large checks to middle- and low-income Americans. Had the government not done this, they found, poverty would have risen over 2.5 percentage points.”

A recent Wall Street Journal article explains that people have learned to live with the pandemic, because they cannot halt their entire lives for an unknown length of time. “Retailers, fast-food restaurants and car makers are doing better, and there is hope among executives that any new restrictions to battle the latest U.S. surge in cases won’t be as severe.” Americans have latched onto the “new normal,” and are doing whatever they can to work within the restrictions and keep the economy moving. Unfortunately, many of the people who are pumping money into the economy are spending at giant corporations like Amazon, rather than independently owned businesses.

Another glimmer of hope involves the success of the COVID vaccines being developed by Pfizer, Moderna, and other pharmaceutical companies. The reported efficacy rate in vaccine trials over 90% offers a feeling that the end of the surging virus could be close. After the vaccine is in play, many experts agree that people’s innate need to shop will prevail, and the economy will benefit from people’s latent interest in spending money.

Paul Krugman of the New York Times said, “It’s also a good bet that when we do, the economy will come roaring back.”

What the United States Must Do

So, what can the United States do to wait out the vaccine, deal with the wild virus, and make sure the economy stays in one piece, all while balancing on a tightrope?

Much of the nation has placed their trust in Biden during the recent election, and he will need to stand and deliver during this critical time for the nation. He has already put together his COVID-19 advisory board and will need to create a delicate balance of wanting to keep the economy going while curbing the virus. Swift and accurate distribution of the vaccine will be imperative. Biden said he will listen to medical experts, which will not be popular if they recommend shutting down, but with the best interest of the nation in mind, he will need to make peace not only in Congress, but in the country.

Biden has a plan for the economic needs of the country. Although a 6.9 percent unemployment rate doesn’t sound that bad, that translates to 10 million jobs. This means that 10 million people are without work, without the means to support themselves, and not contributing to the economy. Biden champions loans for small businesses, forgiveness of student loans, and something to bridge the gap for the millions of people who are unemployed or underemployed because of the virus.

Time will tell if the United States can survive the economic balancing act of rebooting the economy while living with the virus. With patience and creativity, along with a little dash of hope, the nation needs to buckle down for the first two quarters of 2021 and ride out the storm. With any luck, the end of 2021 will see a resurgence of a booming economy rather than the virus.