So Close and Yet So Far Away

Home / Uncategorized / So Close and Yet So Far Away 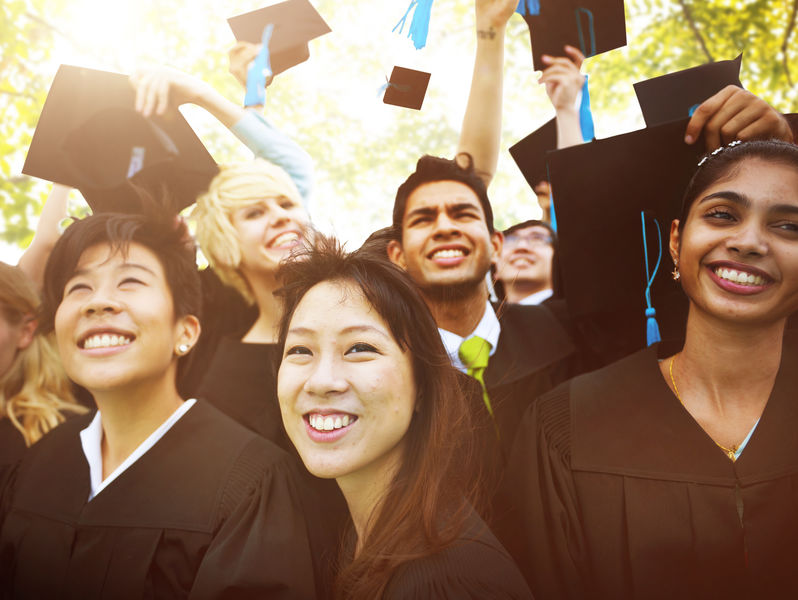 So Close and Yet So Far Away

All they had to do was ride out a few more weeks until graduation, and they would have the golden ticket: a diploma, a new job, the means to pay off student loans, and a steppingstone to the future of their dreams. But when the pandemic shut down the country early this spring, it took the hopes of the graduating class of 2020 with it. Many had already been hired, or were poised to land a job, with internship experience in hand. But the pandemic’s swinging hammer to the economy changed all that.

The future was looking bright for this group of students. In the fall of 2019, the unemployment rate was at a 50 year low at 3.5%. Students were feeling optimistic about the future, whether in business, the fashion industry, health sciences, or basically any other career. Then the COVID-19 pandemic careened into their path, knocking away graduation itself, interviews, job prospects, and a chance to begin a career and get on their feet for the first time as adults.

Now the graduates of 2020 are learning how to pivot, living at home, trying to pay the bills. The Collegiate Employment Research Institute at Michigan State University said that 25 percent of jobs had been closed or rescinded after being offered to graduating seniors early.  As of late May, ZipRecruiter further explained that the number of postings for entry-level jobs which are usually gobbled up by new college graduates had fallen 73 percent over the past three months. Internships and the chance to break into the business declined at a similar pace.

That is a staggering number of jobs that have been closed off, and this affects so many graduates. It is hard to find a job if there are no jobs to find!

The jobs that were lost are also a problem. Till Von Wachter said, “It is larger, higher-wage firms that stop hiring more than small, lower-wage firms.” Without big firms hiring for higher paychecks, more graduates are left behind. There are several industries that took the brunt of the crisis. The travel, leisure, and hospitality industries have been hard hit, and education, marketing, and creative jobs that usually get filled in the late spring.

Back to the Nest

Lack of jobs is not the only challenge facing these graduates. Plans were changed, career paths went untraveled, and many graduates moved home with mom and dad. By the end of July, 52 percent of young adults 18-29 lived with parents, and that has not happened since the Great Depression. In a time when these graduates were supposed to be spreading their wings, starting a career, and looking to live on their own in an adult world, over half of the 2020 graduates are back at home, raiding mom’s refrigerator and trying to make peace with their childhood bedrooms.

It is not an easy pill to swallow. And experts think that catching up on what the graduates are missing will be harder than it seems at first glance. Bouncing back will be difficult for these graduates who are starting in the hole.  They may end up taking a job they do not want and then getting stuck there. Or if they decide to wait for their dream job in the perfect career, their entire working life may be delayed. Any delay in employment will also lead to a delay in achieving life milestones, like the first official paycheck, being able to move out of the house, paying back loans, and even getting married.

But the news is not all bad. Some sectors of the economy are actually doing better than compared to this time last year. The insurance business, scientific research, and information technology sectors are all making profits and welcoming new employees to their companies. If students’ post-college plans include these careers, these graduates will be set.

According to a recent Wall Street Journal article, small to mid-size computer services companies are expecting 70% more new graduates this academic year than last year at the same time. Scientific research jobs are up 20%. There is growth, even amidst the pandemic, and students need to hustle to be part of the positives.

Speaking of hustle, it is just this mindset, having resilience and taking initiative, that graduates need to foster during this tough time. This is a time for Plan B, to re-think what students thought they wanted, and to work with what they have. With this in mind, many graduates have decided to go to graduate school. Many students in the education, business and health-science disciplines forewent seeking immediate employment and decided to get their graduate degree out of the way.

Graduates have also opened up their eyes to the world around them. With all the social activism of the summer, and the unrest revolving around both the pandemic and the recent presidential elections, the time is right to find a voice in public administration, social work, and criminal justice programs. Some graduates have changed their paths to be part of this national conversation and are now pursuing educational opportunities to make their voices heard.

And many career counselors have a sunnier projection than the economists. Lori Shreve Blake, from the office of the University of Southern California’s Alumni and Student Career Services, says “I think they just need to keep moving forward and take the blinders down, stay open to possibilities, stay open to new industries they haven’t thought of before because as college grads, employers want somebody who’s smart, who has a great attitude and who’s willing to learn.”

And at the end of the day, these are the traits that matter. Employees want to hire someone who has a positive attitude in the face of adversity, someone who is creative in solving problems, and someone who will keep learning and growing. Because of the pandemic, the college degree may not be a golden ticket for the class of 2020, but their open-mindedness and resilience will be!