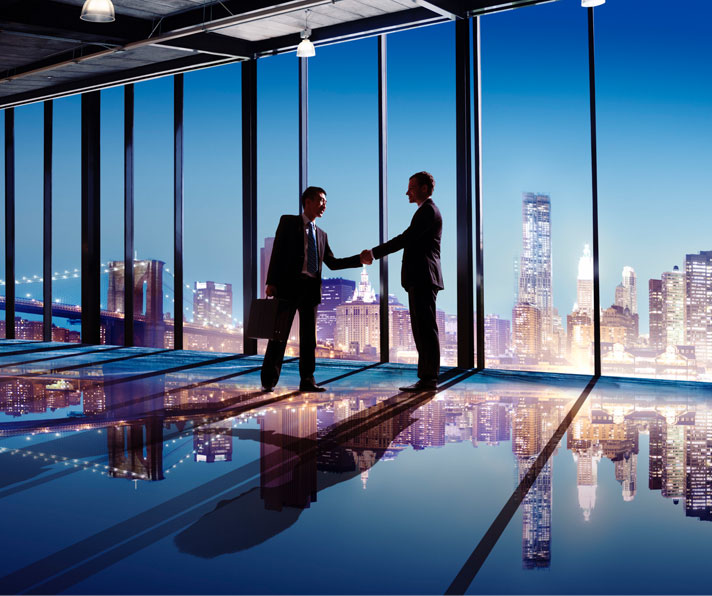 The stock market might be acting like the biggest rollercoaster at the county fair, but publicly traded stocks and bonds are no longer the only game in town. We’re in the midst of seeing a paradigm shift from mainstream, publicly accessible markets, like stocks and bonds, to private capital.

There are many factors that have contributed to the rising popularity of the private markets, but for most investors the single most important factor is the consistently strong returns. There’s no doubt that healthy returns can be generated in the public markets too, but for many the constant ups and downs can be a bit unnerving.

This was most recently demonstrated, when the New York Stock Exchange began exhibiting extreme volatility nearly a full month before the coronavirus really reared its head in the United States. Stocks worldwide dropped by their largest one-week decline in 12 years between February 24-28, with the Dow Jones Industrial falling nearly 11,000 points between February 12 and March 23. Four months later, stock markets have recouped about 76% of that plummet.

In contrast, the private markets are less volatile and tend to provide a more stable, predictable rate of return. This is especially attractive during times of uncertainty.

What is Private Capital?

There’s no one specific definition for private capital other than anything that does not fall into the broad publicly traded landscape like stocks and bonds. Private capital can include real estate and private equity funds and has also expanded to include private credit and private debt funds.

If there’s one thing the Great Recession of 2008 taught investors and financial lenders alike it’s that if you’re not properly diversified, you run the risk of losing everything in a single bad week. Instead of battling the day-to-day whims of the stock market, which over the past few years have ebbed and flowed based on political upheaval on the other side of the ocean or whatever the president happens to be tweeting about, investors began seeing rather steady returns from one quarter to the next.

Clearly, very few industries have gone unscathed during the last 6 months. Entire industries - movie theaters, hotels, etc. - find themselves wondering if they’ll survive into 2021. Private capital funds have not been immune to the downturn caused by the economic stagnation that began earlier this year, but they are poised to rebound quickly because of their sound investment strategies, which tends to mean less panic in the streets and more decisions based on clear indicators.

Of course, that’s not a universal guarantee. There is sure to be continued upheaval and lasting change throughout all areas of the capital markets. For example, firms with a focus on real estate investment are positioning themselves to capitalize on the inevitable distress in the hotel, restaurant, and retail sectors. There are also sure to be challenges facing office landlords, as social preferences shift how and where we decide to work.

Private capital is hardly a perfect thing, as was brought into sharp contrast in June 2020 when University of Oxford Said Business School Professor of Financial Economics and Head of the Finance, Accounting, and Management Economics Group, Ludovic Phalippou, released a paper called “An Inconvenient Fact: Private Equity Returns & The Return to the Billionaire Factory”. Phalippou postulated that investors could have made about the same amount of money from 2006-2019 by investing in publicly traded stocks as they did with private equity managers. According to his paper, between 2006-2019, private equity gave a return of 1.5 times its original investment, which is equivalent to an 11% return for publicly traded stocks. In that same time frame, large US stocks as measured by the Fama-French US stock market index, the CRSP Value Weighted Index, and the Vanguard S&P 500 index fund returned between 10.1%-10.6%, while smaller stock indices rested between 10.7%-12.1% in the same time frame.

Phalippou specifically noted the costs for investors to put their money into private equity - about $230 billion in incentive fees between 2006-2015. Despite this, private equity is looking towards a bright future considering how well it took the initial shock of the recession brought on by COVID-19 and its ensuing economic shutdown.

Despite Phalippou’s findings and the unprecedented headwinds caused by the global pandemic, the private markets have remained active throughout the first half of 2020. To date, just over $100 billion has been raised across 101 different private funds. This puts the private market on pace to match 2018’s total capital raised. Clearly, there is still significant investor interest in the private markets. And while it may be too early to know for sure, there are signals indicating that private capital markets are well positioned to continue their strong growth.