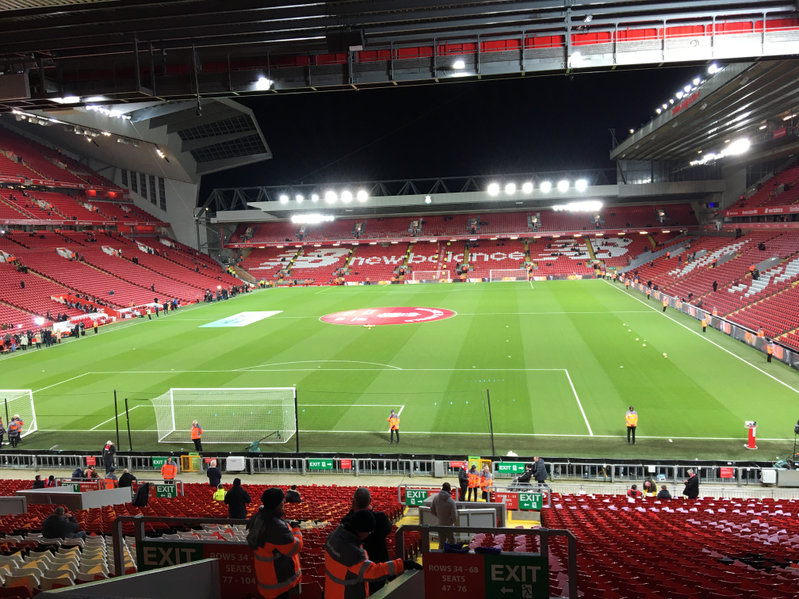 As the Olympic torch burns bright and the world stops to witness how nations come together in the pool, on the track, and in a gym, I am reminded about the important role sports have played in my own life, namely soccer (the most widely played sport in the world). Sports have a way to bring the world into communion, and that is something to celebrate!

I was six or seven when I fell in love with the Liverpool Football Club, (which Americans would call soccer) and this team I support has since become a part of my DNA. It was also around that time that I moved from Iran to England to escape the revolution. When people uproot their life under duress, they leave everything behind: memories, culture, sports, history. I had to start over at such a young age. I was a blank canvas, and it didn’t take long for Liverpool to steal my heart. I got involved with them through trading cards and never looked back.

The culture surrounding sports is different around the world than in the United States. While the U.S. takes a more individualistic approach to a team or game, internationally, entire countries get behind their national team. When countries play, people support their team to the death with a sense of nationalistic pride. In many cases, sports bring families together, but when it comes to diehard fans, sports can also divide families. The entire country stops when the native team plays, and everyone focuses on the game and roots for their favorite team.

My love for Liverpool has stayed with me all these years. Every time I watch them play, I become that seven-year-old kid again. Even during the workday, if my team is playing, I am yelling at the television screen. Soccer got me through many of my life’s challenges, and it was a perfect outlet as a kid. And once I became a father, I wanted to share my love of soccer with my own children.

Sports’ Ability to Bring Nations Together

Sports have the unique ability to bond families together, and indeed to bring nations together. As the Olympics start this week, we see that loud and clear. The very nature of the Olympics is to use sports to unify the world, in their motto “to build a peaceful and better world thanks to sport.” Atlantic Magazine reports, “Most everything about the Games echoes these ideals: the interlocking Olympic rings that symbolize the coming together of the five continents, the determinedly harmonious atmosphere at Olympic village, and the very existence of the IOC’s Olympic Truce Foundation and its stated goal of finding 'peaceful and diplomatic solutions to the conflicts around the world.'”

As the nation enjoys the Olympics that should have taken place last summer, there is definitely a feeling that we are all in this together: the pandemic, the sports themselves, and the connection between nations are all even more clear after the past year of crisis that this world has seen.

But the Olympics are not the only even that brings nations together. The Atlantic Magazine said, “Soccer’s World Cup, too, is often viewed as an event so transcendent of politics and prejudice that even nations embroiled in war lay down their arms and come together for a few weeks to cheer on their national team.” Soccer is the glue for many families, neighborhoods and even nations.

According to the Guardian, “Regardless of age, gender or ethnicity, sport is enjoyed by all; its reach is unrivalled. More importantly, though, sport promotes universal values that transcend language and culture.” For example, The UN office has a program for the development of sports and peace, which created a youth leadership program in 2012 to empower junior leaders in impoverished countries, and it is meeting with success.

A Father’s Day to Remember 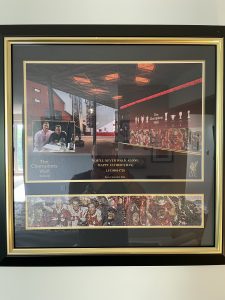 So what do soccer, the Olympics, and Father’s Day have in common? Once in a lifetime, the perfect gift comes along, and this happened for me this past Father’s Day. My children, of course, have grown up surrounded by my love for soccer, and I've had the chance to coach them both on teams and in our backyard as they have grown. Little did I know they were truly paying attention, and were plotting the absolute perfect soccer-related gift for me this past Father’s Day.

This gift was beyond special to me and serves as a reminder of all the ways that soccer has bonded me to my family, and the myriad of ways that soccer binds together the world. It is a most unusual gift, in that I could not unwrap it, but am hoping to visit it one day soon. What is it? My children purchased a spot in a mosaic for me in a place that matters so much to my heart: Anfield Stadium. Anfield Stadium, which is the home field of the Liverpool Football Club, and has been open since 1892 when Liverpool started playing there, was offering a special program for fans to send in pictures that will be immortalized in a mosaic mural. 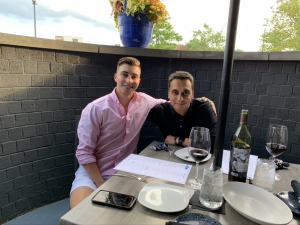 With the Olympic connection in mind, I have experienced the same love for sport and family in my house that we are seeing play out night after night in nation after nation on the Olympic stage.

My son Zeki, who is now 21, was raised on soccer. We lived it, breathed it, and enjoyed it together. I showed him all the Liverpool club offered and raised him on a steady diet of the red, green, and gold flag. I thought I was creating another Liverpool fan for life, until that fateful day when he was about six, and he fell in love with Liverpool’s biggest rival, Manchester United. I remember thinking, “This can’t really be happening.”

Every father dreams he will have a little boy someday that will share his love of sports. Although the dream didn’t quite work out exactly as planned, this Father’s Day gift has reminded me that soccer has brought us together in ways I cannot always put into words. Soccer does the same for the world.

The Olympic flame burns bright this week to remind us that the world is smaller than we think, and we are all in this together. And along with that, my Father’s Day gift reminds me that sports help create an unbreakable bond among families.