Is A Vault Really the Best Place for Your Assets?

Home / Global Economy / Is A Vault Really the Best Place for Your Assets? 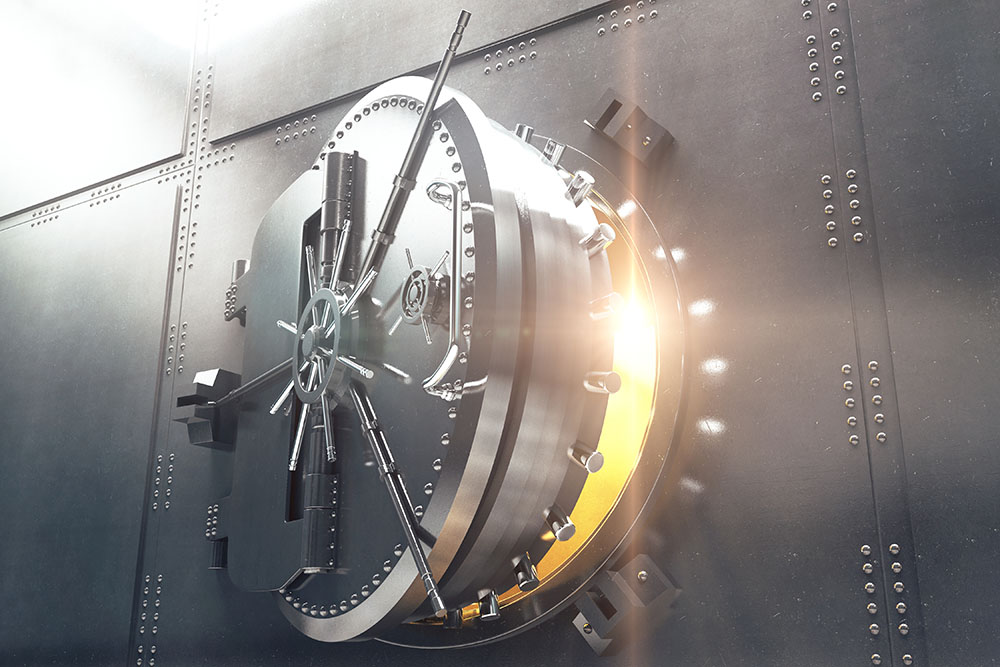 Is A Vault Really the Best Place for Your Assets?

Bloomberg reported on November 20th that the rich in Europe are increasingly investing in precious metals, cash and cryptocurrency in efforts to hedge against a future recession, as well as avoid negative interest rates. Those rates are causing sitting cash to lose value, so for most of those holding it, banks are no longer a viable option. In the past, that was usually where investments were meant to rise, but most of the Eurozone is seen as too volatile for that currently. Banks are faced with dilemma: take on the extra costs of those negative rates, or lose customers by shifting the burden.

The bulk of those assets are being stored in vaults, and they’re choosing Britain, Switzerland and the U.S. as safe havens. At the same time, safe deposit boxes are surging in popularity as fluctuations in the European property market cause apprehension about investing. Money stored in the safe deposit boxes aren’t affected by interest rates either, making them especially attractive in a negative-rate economy.

Those havens for capital don’t sound very different than the ones of the previous several decades despite shifts in the global economy, and they aren’t likely to change soon. Larger Asian markets like China are still opaque to Western investment, and the interconnected nature of Europe ensures that their economies rise and fall together. Britain, separated by an ocean and still a member of the EU as of this writing, is more insulated from the risks the union brings. Not immune of course, but cushioned. Even with their impending exit, they won’t be free from the ripple effects of any policy decisions made in the EU.

The United States and Negative Rates

Negative interest rates aren’t unheard-of in the United States, where they’ve been suggested in the face of rates that are, for the Federal Reserve, startlingly close to zero during a time when they’re being called on to keep cutting. Last month, interest rates were cut again to a range of 1.75 to 2 percent. No officials see them falling below 1.5 to 1.75 percent by 2022. But the policy of negative interest rates has never been put into effect in the states.

But even as the global manufacturing slowdown continues, the U.S. economy keeps growing, albeit at a slower pace, despite declines in the strength of that growth. The U.S. remains a strong haven for capital because of its extremely diversified economy, which ensures that events like a global manufacturing slowdown won’t drag other industries down due to a too-pervasive existence. Investment remains strong, especially with the rising popularity of Private Equity. The Fed is skeptical of the effectiveness of negative rates in the currently projected U.S. economy, especially with growth as steady as it has been.

Precious metals are rising in value: gold went up 23% over the last year. However, while precious metals might hold value, they won’t gain it like a well-placed investment will. So where can that investment go when everything seems so uncertain?

Senior Housing and the economy of longevity it represents is an attractive option.

Senior Housing as an asset class is extremely secure because it increasingly possesses a combination of need- and want-based demand. The old model, that image of a crowded, untenable nursing home, is becoming outdated in the face of newer inventory that continues attracting residents. That model focused solely on “need,” which meant you’d be fed, clothed, bathed, and not much else. We understand now, more than ever, that life is a social and purposeful affair.

It’s become something people want, in addition to eventually becoming something they need by including new technology and practices that allow us to age in place. Like multifamily booms of the past, we’re finding increasingly safe investments in business that plans around life stages and a truce between what people need and what they want.