Immigrants: They Got the Vaccine Done

Home / News / Immigrants: They Got the Vaccine Done 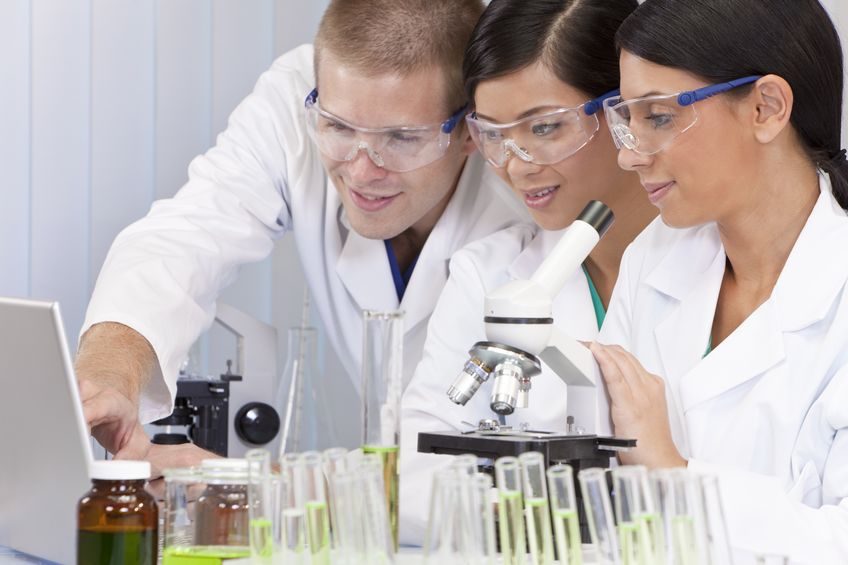 Immigrants: They Got the Vaccine Done

This week the vaccine for SARS-CoV-2, the novel coronavirus which caused the COVID-19 pandemic, is being rolled out throughout the country. For ten months COVID-19 has spread throughout the world, killing 1.6 million people worldwide and 300,000 in the United States alone. The vaccine could not have come at a better time, as the holidays are upon us and millions are traveling. The first recipients of the vaccine will be frontline workers in the healthcare industry and long-term care facility residents. The combination of biotech companies Pfizer and BioNTech created the first vaccine to be approved, and the vaccine developed by Moderna was not far behind. The beginning of the end of COVID-19 has finally arrived after months of waiting, and the two vaccines that are now being administered to save thousands of lives were both created by immigrants.

Only the Strong (Help Others) Survive

Why have immigrants played such an important role in the development of both vaccines? The story of immigrants is the story of survival. Whether searching for a better life and more opportunities, often as education, or fleeing persecution or other troubles, moving your entire life to another country takes creativity, resilience, and moxie. And it is this same tenacity in searching, in traveling, in seeking the best possible outcome, that makes immigrants successful in a lab, searching for a vaccine.  The work is tedious, it takes a lot of “outside of the box” thinking, and there are many opportunities to give up. But for these immigrants that have stuck around to fight the good fight, the reward is a vaccine that will help stop a worldwide pandemic.

Katalin Karikó, Senior Vice President at BioNTech, has seen many doors slam in her face and heard many "no’s" along the way, working on the mRNA that ultimately created the vaccine. "I never get the grant. All of them were rejected," she said. "Nobody was really interested in messenger RNA therapy," Karikó said.

But the entire world is watching now, and thankful for her stick-to-it-iveness. In the race to find a vaccine, Karikó and her team got the gold medal. But the real winners are the front-line workers who are already lining up to receive the vaccine that BioNTech released a few short weeks ago. This week there is a new vaccine in play, created by the biotech engineers at Moderna.

Noubar Afeyan, Moderna's chairman, was born in Lebanon, and understands why so many vaccine breakthroughs have come at the hands of immigrants.

"I think of innovation as intellectual immigration," Afeyan said. "You leave your comforts behind you. You face unrecognizable challenges. You take nothing for granted. You don't feel like in your new country people owe you anything." It is just this notion that you will absolutely face challenges and that you are owed nothing that keeps scientists like Karikó and Afeyan pushing through barriers. And a lucky nation is grateful for their moxie.

But the innovative immigrants from Pfizer-BioNTech and Moderna are not the only ones. The field of biotechnology is filled with immigrants. Biotech innovation and immigration both require the same traits: an openness to new ideas, the ability to see beyond what is in front of you, and the bravery to make the leap.

According to data compiled by the New American Economy Research Fund, “immigrants account for nearly 25% of all workers in pharmaceutical and medicine manufacturing nationwide, as well as more than a quarter of all physicians.” And some experts maintain that it is closer to one third of the biotech workforce.

In the case of the vaccine, immigrants have had their hand in it since the beginning. BioNTech was founded by a Turkish husband and wife team who immigrated to the United States. Pfizer was founded by an immigrant from Germany, Charles Pfizer, and the CEO of Pfizer today is from Greece. Moderna’s founders hailed from Canada and Lebanon, and the current CEO is from France.

Jeremy Levin, born in South Africa, is the CEO of Ovid Therapeutics and chairman of the Biotechnology Innovation Organization. "We in America are willing to take a chance," Levin said. "It is the willingness to fail in the endeavor to find a medicine that could make the difference to millions of people around the world. And that characteristic is what's drawn so many from abroad ... who are just going to have a go at it."

But greatness does not come with an easy button. And it is long days in labs and the willingness to keep on plugging, as well as the resilience to push past negative perceptions of immigrants, that are needed in this field. For many reasons, the road to the vaccine has not been easy. And even scientists at the top of their field have not always had the support of the current administration and President Trump, even as they are trying to solve the pandemic problem that he didn’t really solve himself.

According to the Washington Post, the current administration “sought to erect barriers to legal immigration, reduce refugee admissions to historic lows, kick out “dreamers” who have lived in America since childhood and end the temporary status of thousands who fled disasters in their home countries.” With a new administration on the horizon, one that seems to take both COVID-19 and immigration a little more seriously, some barriers put in place during the last four years can hopefully be toppled.

Despite the difficulties, immigrants like Afeyan are still optimistic. "This country has done amazing things. And I think that a big part of that is people who bring in their own capabilities, their own dreams, aspirations,"

Lucky for all of us, the dreams and aspirations of these biotech marvels made it across the pond, and they never took no for an answer. As thousands of vaccine doses descend on long-term care facilities and medical centers this week, we owe the next step in the fight against COVID-19 to the moxie of the scientific community, and in particular the brave souls who left their lives behind to innovate and develop a vaccine on behalf of a weary world. Immigrants—they DO get the job done.

On a more personal note, I am an immigrant. I fled Tehran in 1977 ahead of the Iranian Revolution and spent my childhood in London. I later studied in Switzerland before moving to the United States. I can attest to the resilience needed to survive, as well as the ability to reinvent myself along the way. Speaking four languages and making business connections throughout the entire world, the moxie shown by the biotech engineers is something we all need in order to break down barriers and get the job done, whether in medicine or, in my case, real estate.