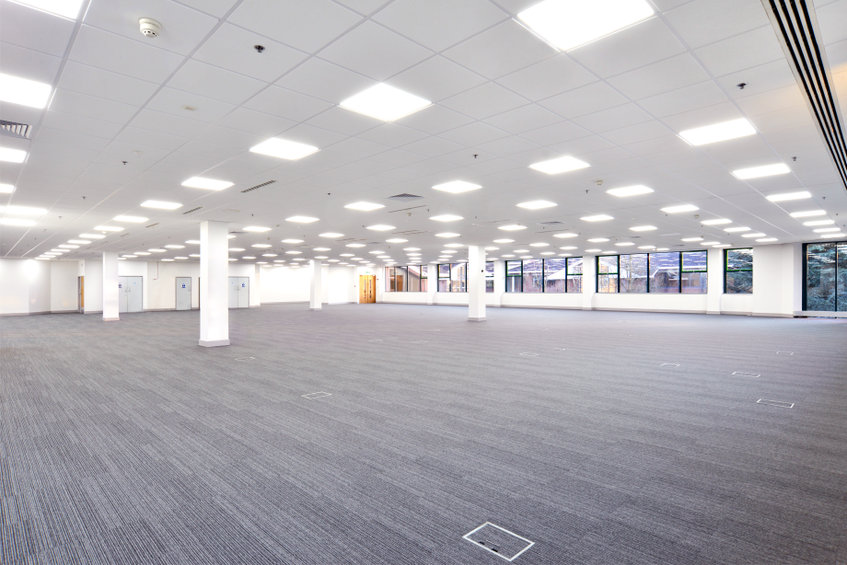 With the trend toward remote working, office buildings have been left behind while their workers stay home, like dinosaurs rising out of the mist. And with so much of the country still locked in a debate about when and if workers might return to business as usual, the question of what to do with the giant skyscrapers and complexes left behind is of utmost importance.  Odds are that the office lifestyle as we knew it is gone forever, and developers will need to get creative to make the best use of the vacant buildings.

Out with the Old, In with the New

The pandemic has changed everything. With so many companies allowing their workers to work remotely or moving towards a hybrid model, there is just no need for the copious amounts of office space that currently dot the landscape. But what should the nearly empty buildings be used for if not office space? If employees do not work in an office each day, the companies of course are trying to cut their real estate costs and are using some creative means to do so.

Because of various factors, mostly related to the pandemic, the amount of office spaces lying vacant is at an all-time high. “Phoenix's office market vacancy is "elevated" at 16.2 percent, while Miami is at an "eight-year high" of 16.9 percent and Los Angeles has reached "all-time highs" of 17.8 percent. Meanwhile, New York City is at a "post-2000 high" of 19.2 percent vacancy, and Houston is at a "record high" 22.9 percent of such workspaces that are going unused.” And as of early December, less than 40% of the personnel were back in the buildings.

Because of all of this vacant office space, America's big cities are facing a big challenge. Should vacant offices be torn down, converted into something different, or rented out? The age of the building limits the choices, and unfortunately many of the buildings are old by today’s standards.  “In New York and San Francisco, more than 80% of all office space is more than 30 years old, and Chicago isn’t far behind,” according to Phil Ryan, director of U.S. office research at Jones Lang LaSalle Inc.

“I didn’t think I would ever live in a world where industrial land is worth more than office land. But here we are,” said Douglas Kiersey Jr,, President of Dermody Properties which is paying $232 million for the 232-acre parcel. The former Allstate building with its sprawling suburban campus is being torn down and turned into e-commerce warehouses 3 million square feet strong. The old buildings, built in 1967, made the decision easy.

The plight of the unused building is a real detriment to the way the cities are run. “While there is a strong recovery in certain property markets, such as multifamily, industrial and retail, the office and hotel property markets have not bounced back as quickly, according to the National Association of Realtors (NAR).” Office rents have also declined.

“In New York, where office buildings account for a major share of the city’s property taxes, the pandemic has also induced a $28.6 billion drop in taxable market value and cost the city upwards of $850 million in tax revenue.”

The longer buildings sit unused, the more the city suffers. Developers need to push the envelope to ensure a use for the buildings and land that have been vacated throughout the pandemic.

Depending on where the abandoned office building is located, developers are busy trying to recreate the wheel. “There’s just not a lot of need for big-floor-plate, white-elephant suburban office buildings,” near big cities, said Steve Poulos, chief executive of industrial real-estate developer Bridge International.

For many of these waning superstructures in the suburbs, their usefulness has definitely passed. Some suburban developers are creating schools or lab space from the sprawling empty buildings.

And for those offices located in booming metropolitan areas, the burgeoning online world is hungry for e-commerce fulfillment centers, especially in the so-called “last-mile” warehouse areas. Office towers in city centers are also being converted into apartments and hotels, and this was even true before the pandemic in Manhattan for Wall Street traders.

Strip malls have also lost out on so much but are using creativity in finding tenants to bolster their bottom line. “Retail strip centers right now are being very quickly reconfigured, especially for medical offices and urgent care,” Doug Ressler, manager of business intelligence at Yardi-Matrix. “If you have a large (hospital) provider that says, ‘I'm going to reduce my costs … I'm going to create this urgent care center in this strip mall that has offices that are sitting vacant. I can do that. I can repurpose it.’”

With as many empty buildings that dot the landscape of the nation as there are, many people are championing converting the buildings to affordable housing, but it is not as simple as it sounds. According to Brett Meringoff, managing partner at the developer Fairstead, which constructs affordable housing, “[Conversions] can be very costly to get done, but the truth is, all of this is costing a lot of money — construction costs are going up, land is scarce, they’re not making any more land on Manhattan. We have to get more creative and find new ways to get access to units or property that can become affordable housing.”

And many city centers are working against housing ideas. "There's definitely an incentive for cities to continue to promote vibrant central business districts that are centered around employment," said Manan Shah, an architect in Oakland, California, with Gensler, a firm that has worked on and studied such conversions for years.

Even when a city is willing and a building is available, the powers that be cannot always make it work. "There's a Goldilocks factor: The floor plate can't be too small, and it can't be too big," said Kristina Garcia, a researcher with the real estate brokerage Cushman Wakefield, "There are limiting factors to why adaptive reuse hasn't happened as much."

City leaders and cutting-edge developers must be willing to work together to prevent the dinosaurs of empty skyscrapers from invading the landscape. From e-commerce warehouses, to housing for those in need, there are many ways the empty buildings can be used to benefit the cities and suburbs. The time to act is now.