Destination China: The Changing of the Guard for Foreign Investments

Home / Global Economy / Destination China: The Changing of the Guard for Foreign Investments 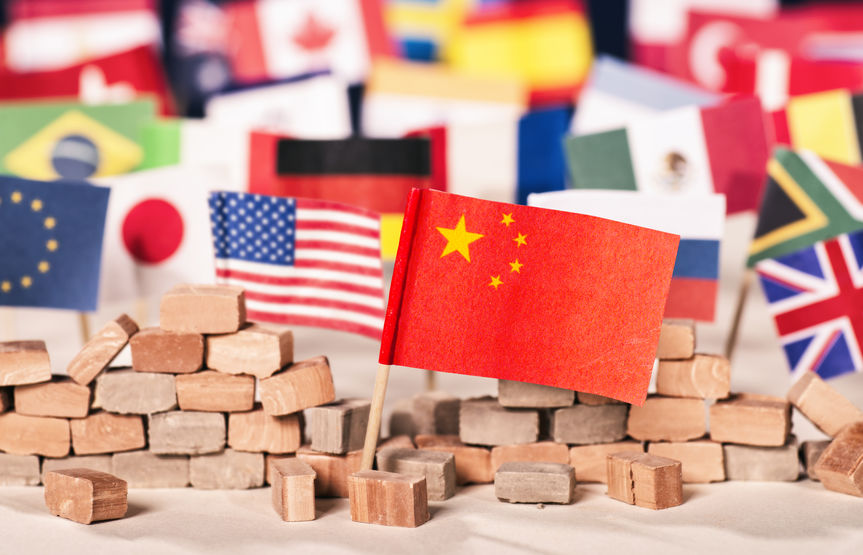 Destination China: The Changing of the Guard for Foreign Investments

Over a year ago, China locked down Wuhan to save its citizens from SARS-CoV-2 and the ramifications and complications of the virus, however, there is another consequence of the virus to report. This time it is regarding economics, as The United Nations Conference on Trade and Development reported that China has taken the lead over the United States for new investments from overseas investors. This comes after a disastrous year for the United States and a solid showing by China and its virus response team.

The Truth of the Numbers

The drop in the number of investments from foreign countries that the United States has experienced since the pandemic began is nothing short of disastrous. According to the Wall Street Journal, “New investments by overseas businesses into the U.S., which for decades held the No. 1 spot, fell 49% in 2020. China, long ranked No. 2, saw direct investments by foreign companies climb 4%.” This changing of the guard was enough to drive the United States out of first place, a role reversal that many Westerners never thought possible.

But manufacturing, trade, and banking powerhouses have been moving their money eastward, and China has finally taken the podium. Forbes reported China pulled in $163 billion in new investments from foreign businesses in 2020, while the U.S. fell into second place with $134 billion. This change will have ripple effects throughout the entire world.

China has been gaining on the United States in various ways in the past few years. But their response to the coronavirus truly sealed the deal when it came to pulling ahead in the foreign investment department.

Because they strictly locked down their country immediately after learning about the existence of COVID-19 in the Wuhan marketplace, China could control the virus more effectively. Add to that the prolific amount of personal protective equipment the Chinese government had and used, as well as the countrywide virus testing, and it is easy to see how the Chinese took control during the pandemic. Contrast this with the American’s laissez-faire attitude and refusal to even wear masks, and it is easy to see why China won this round.

The numbers tell the tale. CNBC reports that “Since the start of the pandemic, China has had fewer than 100,000 confirmed COVID-19 cases and suffered about 4,800 deaths from the disease, according to Johns Hopkins University data.” The swift action taken by China mitigated what could have been a disaster. Unfortunately, CNBC also reported “The U.S., which has a much smaller population, has had nearly 25 million cases and more than 400,000 deaths.”

Clearly, the strict and swift measures changed the game in China’s favor. This allowed China to get back to work more quickly, opening up manufacturing and business ahead of the rest of the world, and inciting trust from foreign investors.

The Future of Foreign Investments

CNBC reported earlier this month that China experienced in 2020 what no other country seems to have managed during the pandemic: growth. Their GDP growth of 2.3% tops the world, and they are expected to be the only major economy to report a positive annual growth rate for 2020. People are investing in the current world powerhouse and will probably continue to do so.

Many of the foreign investments in China are coming from the west, and even from the United States itself. Forbes magazine explains western firms are flooding their resources into the burgeoning Chinese economy. Companies like Goldman Sachs and JP Morgan are taking full ownership of their Chinese joint venture partners. PepsiCo just spent $705 million to purchase a popular Chinese snack brand.

Analyst Adam Lysenko reported to Bloomberg, “U.S. and other foreign firms will continue to invest in China as it remains one of the most resilient economies during the global pandemic and as future growth potential there remains stronger than most other major economies.” The trajectory of China at the top seems likely to last.

Unfortunately, when you snooze, you lose. Because of their slow response to the coronavirus, the United States has lost some ground in foreign investing just as the Chinese are coming on strong. Considering that United States President Joe Biden just ordered 200 million vaccines, the US finally seems more focused on fighting the virus, but as for foreign investors, is it too little too late? Time will tell.