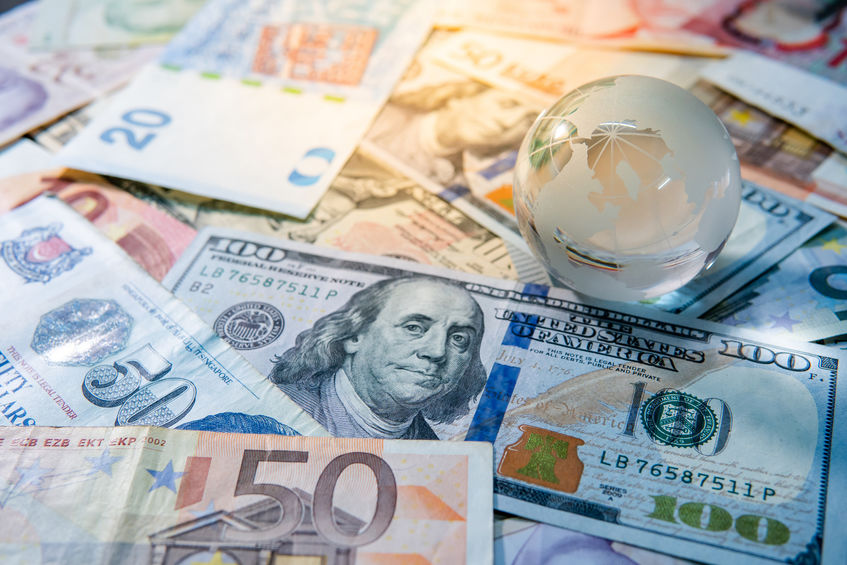 When the coronavirus came hurtling to the west coast of the United States early this year, cascading eastward, it brought with it a secondary virus: economic disaster. Much of the country went into lockdown, shuttering restaurants, bars, health clubs, spas, salons, and any business not deemed “essential.” The hotel industry has been all but decimated. Airlines and travel companies have felt the ripple effects of this economic virus. From big businesses to independently run stores, the virus has wreaked havoc on the economy of the nation.

While mom and pop businesses have struggled to hang on, America’s large corporations started stockpiling cash, in the ultimate show of saving for a rainy day. The fallout looked to be long term, but after dismal projections early in the crisis, the economy is bouncing back faster than expected.

In March, many Fortune 500 companies started hoarding cash by taking cash out of their credit lines, halting the purchase of stock, and stopping dividend payments. This reaction was meant to staunch the bleeding for the companies, for what was expected to be a long-haul economic crisis.

The future looked bleak. Hotels, airlines, and realtors were hit hard, including places like Hilton Worldwide and American Airlines. Additionally, Ford and General Motors were suffering, as no one was buying cars. The domino effect then hit energy companies like Apache, Dominion Energy, and Occidental Petroleum. In the tidal wave of economic drownings, it appeared no one would be saved.

According to the New York Times, “There were predictions by Goldman Sachs, among others, that dividends would fall by over 20 percent, cutting payouts to investors by hundreds of millions of dollars.”

But as the unpredictable nature of the coronavirus has spread throughout the nation, the economic crisis turned out differently than experts expected. The pandemic itself is far worse medically, but the fiscal crisis no longer causes a trip to the ICU for the nation’s big businesses.

By the end of 2020, the actual total decline is estimated to be .67 percent, says Howard Silverblatt, senior index analyst for S & P Dow Jones Indices. Less than 1 percent when the experts expected a 20 percent cut is a far cry from the dismal report early in the summer.

How Dividends are Recovering

Just as the country has learned to live in masks, maintain their social distance, and wash their hands throughout the long nine months since the March economic crisis, businesses have learned how to live with it. Although many companies had halted their dividend payments in the spring, they are now reversing those cash hoarding policies. If they haven’t started dishing out dividends yet, many have a written plan to do so.

How is this possible? Monetary and fiscal stimulus programs have offered liquidity to keep big business afloat, the interest rates are low and should remain low, and selling bonds have kept buyers and sellers moving.

Mark Zandi, Chief Economist at Moody’s Analytics, was quoted in the Wall Street Journal, saying, “Multinationals are beginning to exhale. The resumption of corporate dividend payments is an encouraging sign that executives believe that the pandemic will soon be behind us.”

Many large companies are showing signs of recovery. Reportedly, 42 companies in the S & P 500 index suspended their dividends early in the year, and six have returned, with others having a specific timeline in which to do so.

Marathon Oil got hit hard because there was no need for oil with no traveling for cars or planes and halted their dividends in May; they will resume in December. Retailers are also showing signs of improvement: Kohls will pay dividends beginning early in the year. And retailer TJX Cos. is taking it one step further, resuming its dividends at a 13 percent higher rate than in March. Most of their nationwide stores have reopened, including TJ Maxx, Marshalls, and HomeGoods.

And surprisingly, some businesses, especially in the technology realm, seem to be doing better than ever. In April, Apple increased revenue by 875 million, and The New York Times reported Microsoft increased their dividends by 9.8 percent in September.

One reason for the quick economic recovery is the state of unemployment. The levels of unemployment, although still not great, are already better than the predicted unemployment rate for the END of 2021. Another important factor in the recovering economy is that the housing market is very resilient. Jobs and houses matter so much for the national economic tide.

Harvard Business Review explains there are three reasons that the economy is not in as bad a shape as analysts thought it would be. First, the nature of the recession caused by COVID, although dramatic, did not carry the initial weight of other crises because there was no excess investment to take care of before the recovery could begin. Second, although the response to the virus itself may be questionable, the fiscal policy response in the United States was positive and fruitful. Last, structural damage is a sure sign of continued economic crisis, but the United States could mitigate structural damage by its quick economic response, driving a strong recovery.

Although shuttering the entire American economy has come at a price, and the nation is by no means out of the woods as far as the virus is concerned, the market is showing positive signs as big corporations open up their dividend shares again. Housing and unemployment are trending in a positive direction, and the future is not nearly as bleak as it was a few months ago. Hopefully, as 2020 is ushered out next month, the fiscal forecast will continue to look brighter and American businesses will continue the recovery phase.