China Makes Trade and Tariff Connections: Are They Leaving the United States Behind?

Home / Business / China Makes Trade and Tariff Connections: Are They Leaving the United States Behind? 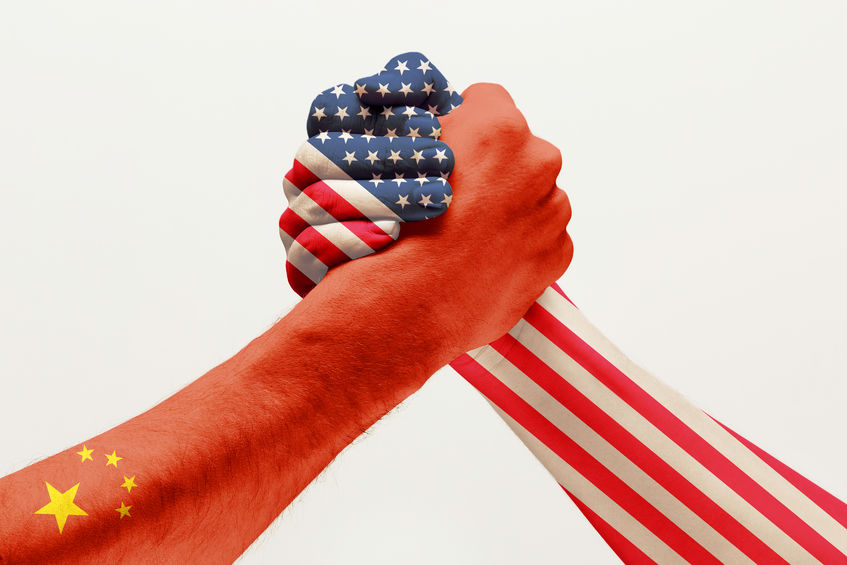 China Makes Trade and Tariff Connections: Are They Leaving the United States Behind?

The past week has been a big one for China's trade relations, with Xi Jinping and his advisors opening up the world’s second largest economy through the Regional Economic Partnership of Southeast Asia. This connection has been 40 years in the making. In 1978, Mao Zedong’s Cultural Revolution originally opened up trade to the country, and China has been fine-tuning their system of imports and exports ever since.  Speaking at the Asia-Pacific Economic Cooperation CEO Dialogues Thursday, which was a virtual meeting of both economic and governmental leaders in Asia-Pacific countries, Xi vowed to continue opening up China to trade, pledged to cut tariffs, and continue the process he started of signing trade agreements with a variety of countries.

For the past two years, trade agreements between China and the United States have been paved by a rocky road. After a successful Phase One agreement in January of this year, trade talks broke down, especially in dealing with technology and finance. ABC News reports that there are “initiatives to respond to complaints the ruling Communist Party improperly subsidizes and shields technology and other industries from foreign competitors.” This has been a sticking point with the US.

The tariff war has escalated in the years United States President Donald Trump has been in office, with both the US and China leveling tariffs on each country. No one knows for certain what the Biden administration will do about the tariffs with China, but some sources claim he will maintain the hard line with the world’s second largest economy.

Speculation about the tariffs has led many to believe Xi would attempt to decouple from the United States. His remarks on Thursday put that theory to rest. An article from CNBC explained, “We will definitely not go down a path of historical reversal, will not seek to ‘decouple’ or create closed and exclusive ‘small circles'.” Xi seems resolute in saying he will continue to integrate, not separate.

And speaking of integration, China recently signed one of the largest trade agreements ever, joining with many Southeast Asia countries. The Regional Comprehensive Economic Partnership was signed this past weekend, and covers approximately 30% of the world’s population, just under a third of the global population. Other countries included South Korea, Japan, New Zealand, and Australia, as well as the ten countries in the Association of Southeast Asia Nations. Signed on November 15th, Time Magazine explains it is “a clear marker of both China’s power and waning American influence in the Asia-Pacific region.” As the world’s second largest economy, China has some power where this RCEP trade agreement is concerned.

The RCEP sets up rules governing trade in these countries, making it easier to traverse multiple countries in a supply chain. Deborah Elms says, “Firms can just build and sell across the region with just one certificate of origin paper and no more juggling different forms and rules.” Unfortunately, this will make it more difficult for countries like the US to do business in Southeast Asia, while making this collection of countries in the RCEP more of a global powerhouse.

As agreements go, The RCEP is a precedent setting trade agreement. It features many firsts, most notably that it is the first time China, Japan, and South Korea have been in a single free-trade agreement. It is also one of the largest trade pacts ever signed.

China is not stopping with the RCEP pact. China and the EU continue to work towards an agreement, and although the deal will not be inked by the end of the year like many speculated, Xi says that he would like to speed up the talks. In addition to the European Union connection, a Japan-China-ROK (Republic of Korea) deal is also in the works.

“I would like to reiterate, China will not waver in its determination to open up, and the big door for opening up will only open wider and wider,” reports CNBC.

As for the US, they have been trying to create a trade agreement with the Asian rim for a long time. Obama created the Trans Pacific Partnership in 2011, to pivot toward Asia. It was set to be the biggest trade agreement ever, covering 40% of the globe. But Donald Trump left the TPP on his first full day in office in 2017, citing worries that it would send American jobs overseas. This abrupt departure by the US created trust issues and ultimately gives the US less leverage in Southeast Asia. Leaders from other countries are doubtful about what a new leader might say or do about subsequent agreements, after seeing what happened in the TPP. It is unclear whether President elect Biden will rejoin the TPP, but he is adamant that the US and its allies need to work together to counter China’s influence.

The US makes up approximately 25% of the world’s economy, and Joe Biden said, "We need to be aligned with the other democracies, another 25% or more, so we can set the rules of the road instead of having China and others dictate outcomes because they are the only game in town." While Trump touted a more nationalist agenda, Biden is intent on joining with other countries to mitigate the power of China in world trade agreements. Only time will tell how successful he and his counterparts will be. The recent success of the RCEP changes the narrative and shows the Southeast Asia countries that they can work together without the United States.

No matter what happens next, Xi has made great strides this week in opening China to trade, reducing tariffs, and jockeying for position in the global economy.